The most common companies types in Brazil 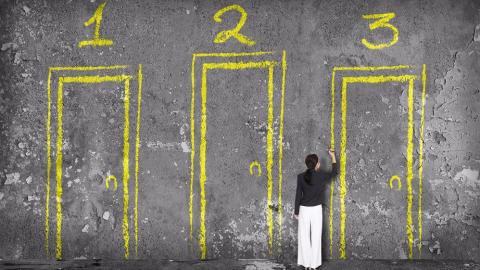 The most common companies types in Brazil
By eduardo.silva

Although you can find several types of company structures in Brazil, the most common ones are: LTDA, EIRELI and SA. This article present each one and provide a general idea about their structures.

The LTDA (or “Sociedade de responsabilidade limitada”) is by far the most common type of company in Brazil. This is due to the flexibility that it has regarding the capital, ownership structure and liability of each shareholder.

Capital: There’s no minimum capital requirement. You can start your company with a very low capital and increase it after. The only thing to consider is that if you start with a large amount of capital and consider to decrease it, you might find some difficulties.

Ownership and Shareholder structure: A LTDA company in Brazil has a minimum requirement of 2 shareholders (you can include as many as you want, but it has to have at least 2). These shareholders can be natural persons or other entities, which can be either nationals or foreigners. There is also no mandatory requirement to have a Brazilian as a shareholder nor any legal or tax advantages. Moreover, there’s no specification for the % of shares that each shareholder should have
Example: A company can have as shareholders: A Brazilian and foreigner ; 2 (or more) foreigners people ; a foreigner and a national entity; a foreign entity and a foreigner; etc.

Liability of the shareholder: The liability of the shareholders is on the amount of capital contributed. If your company happens to go bankrupt and it owes money to someone, this person can only ask for the amount equivalent to the capital you and your partner(s) invested. You will be asked to use your personal funds only in case you didn’t capitalize the amount you’re supposed to do OR in fiscal matters and labour cases (if you are being sued by an employee and lose the case. If the company by itself has no way of paying, a judge may ask you to pay from your personal account)

An EIRELI (or “Empresa Individual de Responsabilidade Limitada”) works in a very similar way compared with the LTDA when the subject is liability of the shareholder. The rule is the same, the debts of the company are limited to be charged only against the capital contributed by the owner of the company. However, there are considerable differences when we look at the shareholder/ownership structure and and the minimum capital to be invested.

Ownership/Shareholder structure: The EIRELI is becoming popular because of its shareholder structure. It allows a single person to create a company, it means that he/she is not required to have a partner. The sad news is that only Brazilians or foreigners with permanent residency (PR) are allowed to create this type of company (however it’s possible to open a LTDA and when you become a PR - if that`s the case - you can make an amendment and change it to EIRELI, “excluding” one of the shareholders)

Capital: Because of it’s nature of having only one shareholder,the liability lies 100% on the capital invested by him, there’s a minimum requirement of 100 minimum Brazlian wages. In 2017 for example, the minimum wage is R$(brl)937,00 so the minimum investment would be  R$93.700

SA (or Sociedade Anonima) is the least common type of company among these 3. This is mainly because of it’s complexity. While the others types of companies are considered “People’s company”, the SA is considered a “Capitals Company”, this means that while the EIRELI and LTDA has the personal capacity of the owners involved with the activity, in the SA the investors are more worried about the values of their “Stocks” and with maximizing the value of the company. They purely contribute with money.

Capital: The minimum capital is 10% of the value of the stocks that the company opens to the stock market

Ownership/Shareholder structure: This kind of company can have as many partners as defined by the constitutional document (minimum 2). It can be an “open capital company” or a closed one. In the first case It means that a certain group can holds these stocks, and with the other one anyone can buy the stocks on the stock market.