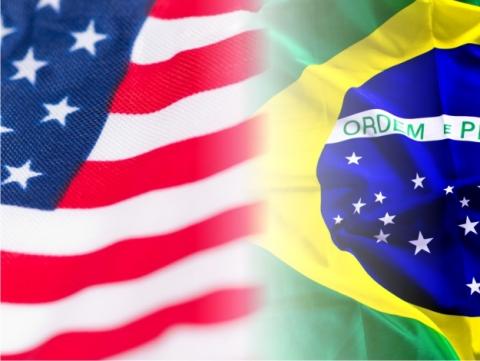 Legal structure comparison between Brazilian and USA companies
By thayna.silva

The U.S. legal system is a common law system, based on English tradition, U.S. state law governs the formation and operation of corporations, LLcs and other legal entities. In Brazil there is a legal system based on European civil codes, especially Portugal, the laws governing legal entities in Brazil are uniform throughout the country and tend to be more bureaucratic. Therefore both countries have a stable democracy, they are very different.

In order to clarify the types of business entity existing in USA and Brazil, and what business structure is suitable for an entrepreneur business plan, this article has the main goal to inform the main structure further details about which one. First we’ll present a Table with the main characteristics which you can check the details right bellow.

Most common types of companies in U.S. are:

Called a “hybrid” entity, LLC's are extremely flexible: combines the limited liability protection of a business corporation with the flexible tax and organizational structure of partnerships.

Like partnerships, LLCs can be as simple or complex as the members desire. For example, an LLC with one member is considered to be a sole proprietorship for tax purposes, while an LLC with more than one member is automatically considered to be a partnership. And unlike the more rigid rules of a corporation, an LLC is not even required to designate managers: in a one or two person LLC, the members can also be the managers.

Since an LLC is not an incorporated entity and  it is formed by filing an Articles or Certificate of Formation, signed by an Organizer unlike shareholders in a C corporation, LLCs are not taxed as a separate business entity, unless they choose to do so. Instead, all profits and losses are “passed through” the business to each member of the LLC. LLC members report profits and losses on their personal federal tax returns, just like the owners of a partnership would. There is a possibility to partnership or sole proprietorship fill one-page form with the IRS and converts the LLC into a C or S corporation, and therefore treated exactly as a corporation.

In a larger LLC, though, having all the owners also have the ability to obligate the company on their own signatures is a risk, and therefore having specific managers in charge becomes a wise idea.

Another main difference between LLC and C corporation is that some states requires that their LLC's designate a date in the future at which the LLC will automatically dissolve. There are many events that can cause a dissolution of the LLC, many of which are not publicly known. In order to record the dissolution of the LLC, a Certificate of Cancellation is filed with the State Secretary of State. And require that if a member dies, goes bankrupt or meets some other calamity the remaining members of the company must either dissolve or vote to continue.

- Business Corporation
The corporation is the traditional business that are positioned for growth and seeking outside investment. Generally is recommended for those who prefer having more rigid and formal business structure, with many rules and annual rituals to follow.
The four qualities that characterize a corporation is: Limited liability concerning assets; Continuity of life; Centralization of management; The ability to transfer ownership interests.
The negative piece of this option is that it is more expensive than the others, takes a bit more time, has much more compliances as compared to a Sole Proprietorship or Partnership or Limited Liability Company and the profits are "double taxed" meaning taxed at corporate and individual level
In other hand, becoming "incorporated" brings with it many advantages.
A corporation is a legal entity owned by shareholders but completely separate from them and is chartered by the state in which it is located. Depending on state law, a corporation can be owned by just one person and have just one director and officer. The owner(s) of a corporation are known as shareholders. The shareholders elect directors to set the policies of the corporation and represent their interests. The directors appoint the officers of the corporation to manage day to day operations. The officers hold titles such as president, secretary and treasurer, and are the only ones with authority to sign contracts and to run the corporation on a day to day basis. A corporation is separate from its shareholders. It means that a shareholder cannot just take company's funds for him/herself without documenting the reason and entering a board resolution into the corporate records.

To selling point in attracting investment capital and high quality employees corporations offer the ability to sell ownership shares in the business through stock offerings. “Going public” through an initial public offering (IPO). Corporations also have the ability to issue stock options as a way to recruit and reward management, staff and investors. For any state (outside of the state where they are incorporated) where the corporation is doing business, the corporation will likely have to register to do business with the Secretary of State and pay taxes in that state. For example, a corporation incorporated in Delaware but doing business in New York will have to file an Application for Authority to do business in New York, register with the NYS Department of Taxation and Finance, and collect New York State sales tax for any sales to consumers in the state.
The corporations can be a domestic corporation, which means, is the one incorporated under the laws of one of the states of the United States or a foreign corporation, which means, is the one that has been incorporated under the laws of another state or country and, by registering with a different state in United States, may be authorized to do business within that state.

There are two kinds of Corporations:

A business corporation is formed for the purpose of transacting business in the broadest sense of the word, and these transactions are conducted to return a profit.

Sole proprietorship is the simplest form of business type. It is a business owned and controlled exclusively by one person. This person is responsible for the business, including all liability and any profit or loss.
In this situation, one owns the business oneself and can reap whatever financial benefits come from it. One can make decisions on one's own and guide the growth of the business without having to consult with any other entity. This also means that no other employee will ever have the chance to have own stocks and as a sole proprietor, one's business will exist only as long as one continues to own it. Therefore, is simple because is easy to dissolve and there are virtually no fees and formalities to be observed except basic bookkeeping.

This is the most basic type. It assumes equal partnership and equal ownership. All management and liability is shared between the partners, unless otherwise specified.

Most common types of companies in Brazil are:

Ltda. is the simplest and cheapest way to establish a corporate presence in Brazil.
Like an LLC it is a hybrid between a partnership and corporation, treated as a corporation concerning tax legislation. In order to establish a Ltda. a minimum of two member is required, which can be companies or private persons (either or not living in Brazil). In principle there is no seed capital required.
Limited liability to its members, which means, that their liability is restricted to the actual disbursement of the amount of subscribed capital.

A memorandum of association is required indicating the company's main address in Brazil; The manager, which must be someone either Brazilian or by a foreigner officially residing in Brazil; At least two quotaholders, resident or nonresident represented by an individual resident in Brazil, with no minimum or maximum percentage of interest ownership.

The construction of a Ltda. allows the members to structure allocation of profits any way they desire and the regulations can be drawn up to meet the preferences of the members. It's possible to change LTDA for SA, but certain percentages of member consents are required by law.

Similar to C corporations in the U.S. Corporations are allowed to issue different classes of shares, such as voting and nonvoting shares.

This type of entity is usually suited for large businesses' seeking to obtain funds from the general public. Like the Limitada, the S.A must have at least two shareholders which may be individuals and/or legal entities, resident or non-resident represented by legal representative in Brazil. The shareholders liability is limited to the payment of the shares to which the shareholders have subscribed.

In order to establish a corporation in Brazil, a minimum number of two shareholders is required and their liability is curtailed by the actual payment for the shares subscribed. If the corporation has a net asset value of more than R$ 1,000,000 and more than twenty shareholders, it is required to publish its memorandum of association, financial report and the minutes of the board and shareholder meetings in the State Official Gazette (Diário Oficial do Estado) and in one local newspaper of its headquarters.

The memorandum of association may permit one or more types of shares and authorizes the conversion of one class of stock into another, although restricted by the provisions of the Corporation Law concerning the protection of shareholders’ basic rights and the one vote per share rule. Basic rights of a shareholder are earning dividends, distribution of net assets upon liquidation, inspection rights and preemptive rights.

The main advantages of a SA are the possibility of managing the local company (through the Officers) without establishing residence in Brazil and raising funds by issue of stock.

The negative point is that the control is exercised by the majority. In that way, corporations are required to file their financial statements with the commercial address, registry and publish them in the Official Gazette, as well as in a major private newspaper. In addition, the Securities Commission may require publication in the localities where open corporations trade their securities and must adopt at least the administration bodies: (i) Board of Directors and (ii) Administrative Council. The members of the Board of Director must be fiscal residents in Brazil or having a permanent visa. Members of the Administrative Council can be foreigners and not necessarily resident in Brazil.

The Corporate Capital of the Corporation must be totally subscribed and at least 10%, of the subscribed capital must be deposited in a bank in order to incorporate such type of entity. Also, At least 5% of annual net income must be set aside in a legal reserve until it reaches 20% of capital.

The EIRELI can be incorporated by a single individual shareholder that holds 100% of the paid-in capital, with a minimum of 100 times the current minimum wage. The EIRELI follows the same rules as the Limitada in terms of responsibility of the shareholder but only individuals can be the quotaholder of such and that the individual can only incorporate one EIRELI.

EIRELI model allows to create an autonomous entity for full activity, using a less burdensome taxation, with limited liability for debts of the company and without needing another partner also enjoy the preferential taxation regime known as Simples Federal.

That is, the company only accounts for its equity with debt, and not the personal property of its owner. The separation and limitation of liability reduce the risks for the entrepreneur. The business procedures such as registration, amendment and termination are done at the offices of the Brazilian states Boards of Trade.